As with the 2019/20 Black Summer fires, some of Australia’s most destructive fires in recent decades (such as the 2003 Canberra fires and the 2009 Victorian Black Saturday fires) involved thunderstorms that were initiated by bushfire smoke plumes – known as pyrocumulonimbus clouds. These fire-generated thunderstorms can produce extremely dangerous fire behaviour, including strong and erratic wind changes. They can also start new fires from burning embers and lightning far ahead of the fire front.

The Earth Systems and Climate Change Hub investigated how these fire-generated thunderstorms form, their changing trends to date and how they may change in the future as the climate continues to warm.

The Hub found that: 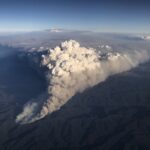 Fire-generated thunderstorm formation is a complex process that can be influenced by many factors and their interactions. These factors include a combination of near-surface weather and vegetation conditions conducive to the occurrence of large and intense fires, as well as conducive weather conditions at higher levels of the atmosphere to allow a thunderstorm to form. 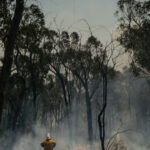 Climate change has already influenced the frequency and severity of risk factors associated with the occurrence of fire-generated thunderstorms in some parts of Australia. In particular, widespread increases in pyroconvection risk factors are apparent in southeast Australia during spring and summer. 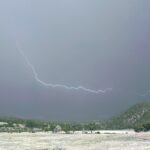 Under a high emissions scenario, climate projections indicate a continued increasing trend for more dangerous weather conditions for bushfires in the future for many regions of Australia. 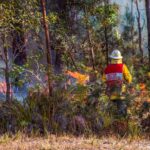 For many south-eastern regions of Australia, future windows for undertaking prescribed burns are projected to decrease during the months currently used for conducting burns (autumn and early spring). In contrast, burn windows are projected to generally increase in the winter months.

Climate change science information is critical to help deal with current and future impacts of extreme weather hazards, including those caused by fire-generated thunderstorms and extreme bushfires. The Hub has produced data, information and provided advice on current trends and future changes to weather hazards relevant to Australian decision makers and managers.

Read more about fire-generated thunderstorms and climate change in Australia

⇒ Learn more about bushfires and climate change in Australia.

⇒ Read about previous research into a variety of weather hazards in our extremes weblog.

⇒ Dive into recent Hub research on other extreme hazards, such as tropical cyclones in the Great Barrier Reef region and intense east coast lows.

The research which underpins these products was supported under ESCC Hub project 5.5: Extreme weather hazards in a changing climate. Project members include researchers from across the Bureau of Meteorology, CSIRO, University of NSW, University of Melbourne and Federation University.