Home     Event or Webinar    There and back again: the impacts of back-to-back El Niño and La Niña over the last 5 years

There and back again: the impacts of back-to-back El Niño and La Niña over the last 5 years

Join us on June 17 11am AEST to explore the impacts of ENSO. 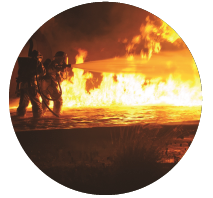 When El Niño is accompanied by a positive IOD (as it was in 2018 and 2019) these climate drivers push rainfall away from Australia resulting in dry conditions and higher than normal temperatures over much of the country during winter and spring. These drivers enhanced the extremely hot and dry conditions that exacerbated the terrible bushfire season of 2019-2020 which resulted in approximately three billion animals killed or displaced.

La Niña on the other hand, is the opposite of El Niño,  and drives rain across eastern Australia. Warmer than average sea surface temperature near the coast of Australia adds 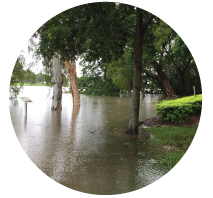 moisture to the atmosphere that increases the chance of above average rainfall. According to BoM, of the 18 La Niña events since 1900, 12 have resulted in floods for some parts of Australia. The most devastating of these has been the floods over eastern Australia between 2021 and 2022. According to the Insurance Council of Australia, the cost of this years flood across Queensland and northern New South Wales alone is approximately $3.35 billion. Learning about the climate drivers responsible for these extreme weather events in Australia will facilitate future preparedness for back-to-back El Niños and La Niñas occurrences.

In this webinar, Dr Guojian Wang and Dr Agus Santoso will provide context around the occurrence of these climate drivers. Specifically, how often these climate patterns have surfaced in the past, and what current projections say about ENSO and it’s associated impacts in the future.

Dr Guojian Wang is a Research Scientist at the CSIRO. His interest spans from the mechanisms of extreme ENSO and IOD, to their impacts on the regional and global climate, and responses to greenhouse warming.

Dr Agus Santoso is a Senior Research Scientist at UNSW Climate Change Research Centre, an Adjunct Science Leader at CSIRO, and an associate investigator at the ARC Centre of Excellence for Climate Extremes. He is an editor at the Journal of Climate and a former member of the WCRP CLIVAR Pacific Panel. His research interests include tropical climate variability and global ocean circulation.